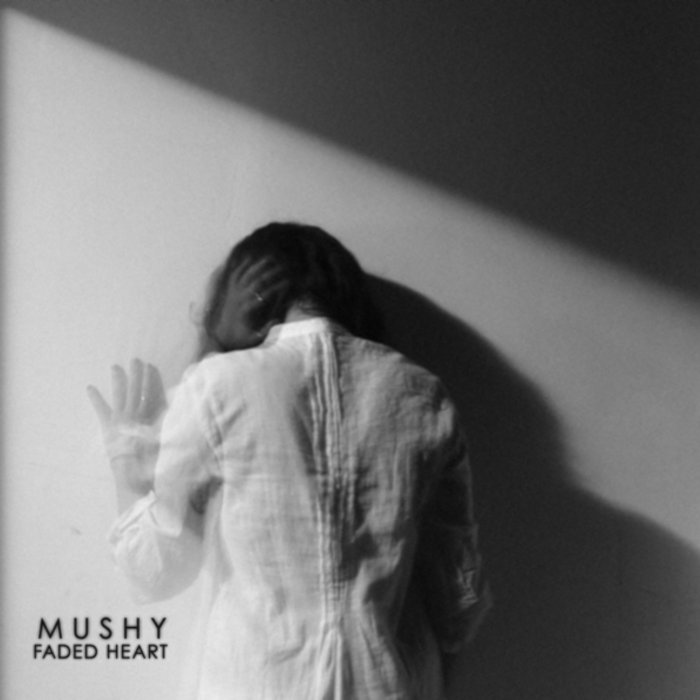 Mannequin is seriously proud to announce the release of the first full-lenght vinyl of Mushy, the stage name of Valentina F., 26 years old sound-experimentalist rising from the dusty ruins of Rome, making music all by her lonesome since the year 2003.

Using the medium of Valentinaʼs musical expression, ʻFaded Heartʼ is able to produce soundscapes which open the listenerʼs doors to strangely nigthmarish illuminated “nocturnal sacrality”. The sound architecture reveals a charming world, made by the mixture of analog drum machines loops and an effect-processed bad off acoustic guitar found in a flea market with only 4 strings, burgeoning cold drones, tempestuous noises, spectral chants which rise at the surface.

For the lo-fi atmospheres and the tales of lost loves, ʻFaded Heartʼ might be considered the italian answer to the magnificient Zola Jesus release ʻThe Spoilsʼ on Sacred Bones (NY). Home-recorded, ʻFaded Heartʼ was lately mixed and processed at Mannequin studio by Alessandro Adriani with a full analog setup. Valentina describes the album thus “The songs are a one-sided dialogue with my soul, a desperate and melanchonic psychedelia. The music is a repetitive and obsessive loop drum / synth / acoustic guitar pattern with an ethereal processed by effects voice on it. You can consider it as my personal second reading of blues music”.

Apart music, Valentina is an architect and an highly regarded graphic designer for the italian label Mannequin. Her cover artworks were exposed in many art exhibitions around the world, such as Zumba & Goliath EXPO 2010, Australia.