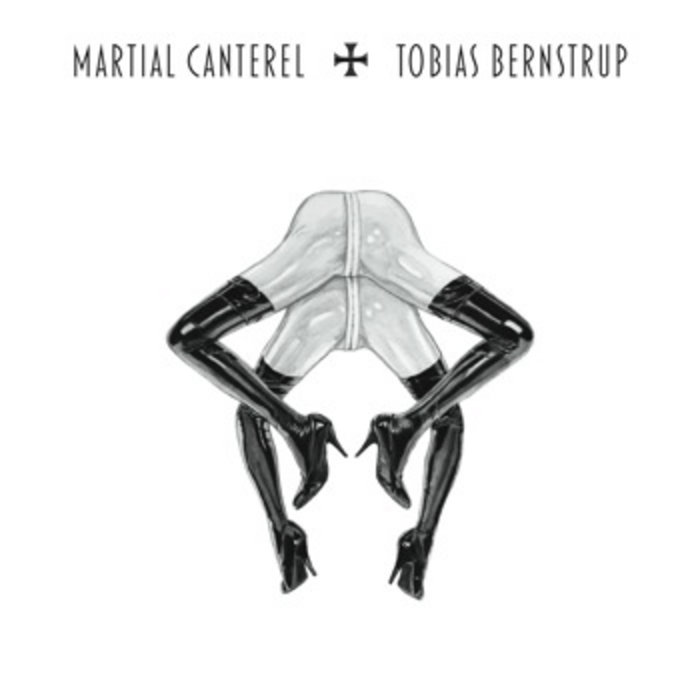 Mannequin is seriously proud to release on 45 rotations-per-minute seven inch single a nearly forgotten collaboration dredged and now seeing the light of day.

Played entirely live in one ago and using only vintage analogue synthesizers and sequencers, Martial Canterel and Tobias Bernstrup four-hands / two voices put our minds in another dimension, in an hypotetical night-time “outside”, where shadows and confusion are leading the way, creating simply a milestone for all the minimal electronics music lovers.

Martial Canterel is definitely one of the most talented artist in electronic underground music of our time, beeing the pioneer and instigator of what has now become a new movement of minimal electronic bands in the United States. With several albums on his back and deeply related to Wierd Records, Sean McBride is also the vintage controlled mind of Xeno & Oaklander.

Tobias Bernstrup is a swedish contemporary artist working with videos, interactive works, live performances and electronic music, mixing electro pop, italo disco and some darker synth moments. Several of his songs from videos and performances have been released by museums, galleries art institutions on CD or vinyl.